Many of these tech companies seem to have been cushioned from the overall chaos unleashed by the coronavirus crisis, and the earnings seemed to drive home that particular point. Three of the biggest tech stock earnings were announced this week, so it could be worthwhile to take a look at how these stocks gained momentum afterward. 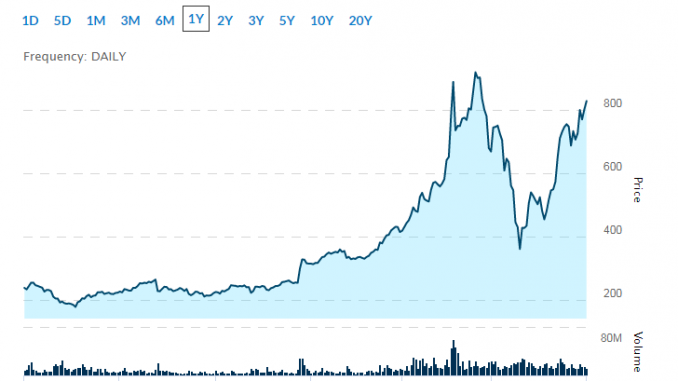 The electric car manufacturing giant has seen its stock perform fairly impressively in 2020 so far, and on Wednesday, it started soaring after the company announced its earnings. It was one of the most eagerly anticipated tech stock earnings of the quarter, and the company managed to deliver some stellar numbers.

The company generated earnings of $1.24 per share, which completely blew away analysts’ estimates of $0.36 per share loss. The company noted that it was the first time in its history that it managed to generate a profit in the “seasonally weak first quarter.”

Investors have been bullish about Tesla stock due to the way in which the company has been able to execute its plans, and that was reflected once again in the sales generated by the Model Y.

Model Y made a significant contribution to Tesla’s overall gross profits, and it was also the first time in the company’s history that a new product had been able to generate profits. In addition to that, the company’s new factory in Shanghai improved its profitability in the quarter, another major positive. 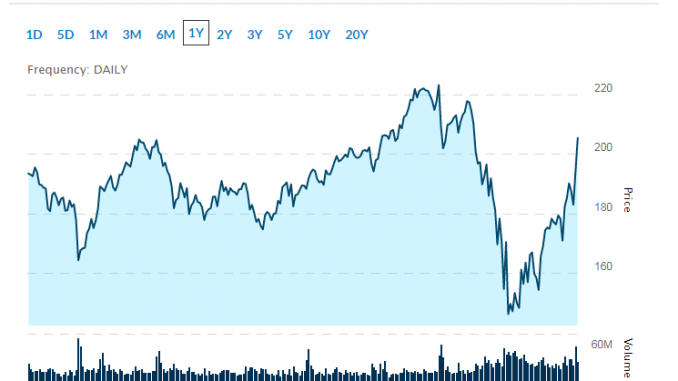 Some investors seemed worried that social media giant Facebook’s earnings were going to take a hit due to lower revenues from advertising. However, these concerns proved to be unfounded. In Facebook’s earnings report, published late Wednesday, the company revealed that advertising revenue has been stable after having fallen in March.

The announcement resulted in a significant rally in Facebook stock, which gained 7% in Thursday’s trading session as investors piled on to it. Facebook’s earnings report was one of the most closely watched tech stock earnings of the week, and the company managed to deliver decent numbers. Facebook’s revenue for the quarter came in at $17.74 billion, which reflects a jump of 18% from the prior-year period. In the first quarter last year, the company generated revenue of $15.08 billion.

Facebook also noted that the total number of users across its platforms grew to 2.99 billion for the quarter. In the previous quarter, the same figure stood at 2.89 billion. Most importantly, the company revealed that the coronavirus pandemic triggered a significant decline in advertising revenue in March. However, this has since stabilized. It is important for investors to keep in mind that the company generates most of its income through advertising, so any significant dent in that could result in a highly negative effect on the stock. 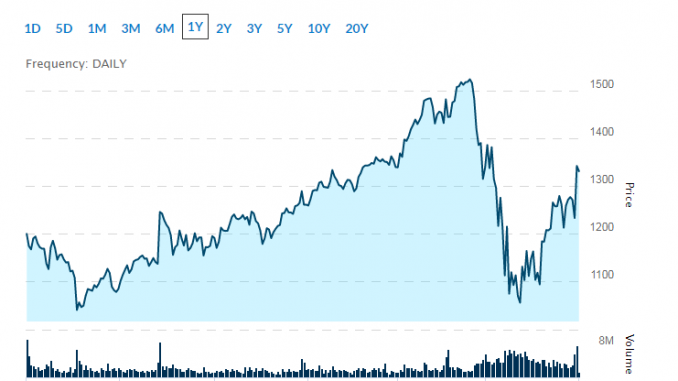 Another major tech stock earnings announcement this week came from Google’s parent company Alphabet. The coronavirus pandemic was expected to have an impact on its earnings, and although revenue growth slowed down, it was not as bad as investors were expecting.

The company resorted to cost-cutting measures during the quarter, which proved to be a significant factor in its performance. Revenue for the quarter came in at $41.16 billion, which managed to beat analysts’ expectations of $40.29 billion. However, the earnings of $9.87 per share fell short of analysts’ estimates of $10.33 per share.

The company’s Chief Executive Officer, Sundar Pichai, stated that the usage of YouTube, Google search, and many other apps rose significantly as users tried to find out more details about the coronavirus pandemic. GOOGL stock rose by 7% on Wednesday after the earnings announcement.

The coronavirus pandemic has caused a lot of volatility, with equity markets dropping into bear territory, but blue chip tech stocks could hold some opportunity for investors. Although the COVID-19-driven sell-offs have wiped returns in …

The next frontier of the mobile internet is almost on the horizon as telecom firms get ready to roll out 5G by the end of this year. In such a situation, it is only natural …

The economic uncertainties and the widespread lockdowns triggered by the coronavirus pandemic have had a major impact on a wide range of sectors. In this regard, the restaurant business was no exception, and many of …

The coronavirus pandemic has resulted in a major crisis in the markets over the past weeks, and many stocks across a range of sectors have recorded substantial declines during this period. However, one of the …

Many sectors have been hit badly due to the lockdowns brought about by the coronavirus pandemic, and the casino sector is certainly one of those. The lockdowns of casinos resulted in a sharp decline of …