The coronavirus pandemic has proven to be one of the most difficult periods for the stock market in history, and despite the stimulus package from the Federal Reserve, the markets have remained volatile. Some of the best-known stocks on the market, across sectors, have recorded historic losses, and many hot tech stocks have found it difficult to weather the tide. That being said, it should also be noted that even if the markets are tanking, there are certain stocks that managed to go against the grain, and it is important for investors to take a closer look at such stocks.

While the situation with the markets has been grim, it should also be noted that many stocks have actually made recoveries in recent weeks. Among them, many tech stocks have managed to engineer a turnaround, and it could be worthwhile for investors to take a closer look at some of the best tech stocks on the market in terms of recent performance. Considering the fact that interest rates have been slashed, this could well be the time for investors to explore the stock market and track the best tech stocks. Here is a look at three such stocks worth following.

Amazon may be known for e-commerce, but it is very much a tech company as well and has emerged as one of the best tech stocks over the past weeks. The coronavirus pandemic has resulted in widespread lockdowns across the United States, which has forced people to purchase most of their essential items online.

Amazon has emerged as the favored destination for doing this, and the company has hired thousands of new workers in order to meet the demand. Additionally, since hundreds of thousands of people are staying home, the company’s video streaming service, Amazon Prime Video, is also expected to see a surge in activity. The company also owns the game streaming service Twitch, on which the number of average concurrent users has soared considerably in recent weeks. In April, the figure stands at 2.5 million. Back in January, it was only 1.5 million.

Last but not least, the company’s cloud services are also going to be in high demand since online classes are now being conducted quite widely. AMZN stock has gained 24% so far in 2020, and experts believe that it could continue to gain this year. 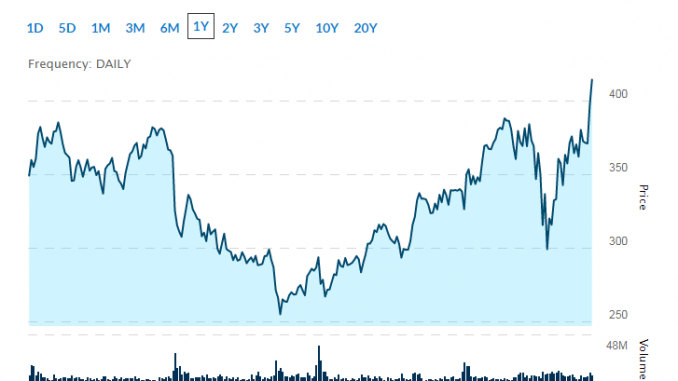 Streaming giant Netflix has been counted among the best tech stocks in the market for quite some time, and even during the turmoil in the markets, it remains one such stock. In the first fiscal quarter of the year, the company added 16 million new users, which was considerably more than the company’s own projection of 7 million.

The surge was possibly triggered by the lockdowns, and Netflix stated that such numbers will not be sustainable going forward. Total sales stood at $5.76 billion, as opposed to projections of $5.73 billion. The earnings per share of $1.57 were lower than the projections of $1.66.

However, it is also important to point out that while its subscriber base soared, Netflix had to stop the production of its original content. That might have an impact on the company’s growth in the future. However, Netflix did point out that there is a lot of fresh content in the pipeline that could help attract new subscribers to the platform. Despite new competitors popping up, Netflix remains the biggest player in the streaming space and could be one of the safest bets under the circumstances. NFLX stock is up 34% this year so far. 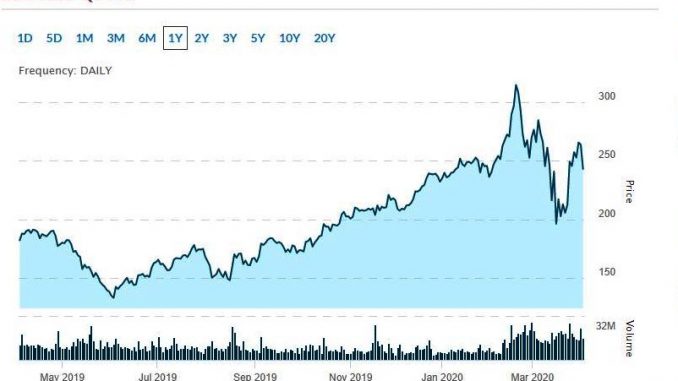 Graphics card manufacturer NVIDIA could prove to be a compelling option for investors who are looking for the best tech stocks on the market at this point. Rajvindra Gill of Needham upgraded NVDA stock, citing the fact that its graphics processing units (GPUs) could be used in the medical research field in light of the coronavirus pandemic. These units can quicken genome analyses and help researchers to come up with solutions quicker.

However, it should also be noted that the pandemic has resulted in lower demand for the company’s gaming GPUs. This is the most important segment of its business, accounting for 48% of its revenue. That being said, investors need to keep in mind that NVIDIA has the financial muscle to tide over the current period.

The company boasts of a cash balance of $11 billion and debts of only $2.6 billion. The stock may suffer in the short-term, but over the long-term, it could emerge as one of the best tech stocks.

The current coronavirus pandemic seems like a never-ending nightmare now, …

Over the past half a decade or so, artificial intelligence …

The next frontier of the mobile internet is almost on …

How Badly is the Coronavirus Impacting Technology Stocks?

When the coronavirus first took the world by storm, many …

Lately, we’ve been profiling industry-specific stocks like gold and tech. …

It is often said that one of the best ways …

The economic uncertainties and the widespread lockdowns triggered by the …

The coronavirus pandemic has resulted in a major crisis in …