The retail industry was already struggling prior to the coronavirus outbreak, but the current crisis has made things far more difficult for retail giants. Retail stocks, like Macy’s and Nordstrom, have experienced steep declines in March. Retail firms that don’t deal with products like groceries or other essentials have not been generating much in sales. In addition to that, the lockdowns and social distancing norms have meant that people are not visiting stores for non-essential shopping either.

In this regard, it is also important to point out that many of the retail companies have been forced to lay off large chunks of their employees. Macy’s has already announced job cuts, and more retail firms are expected to follow in its stead. In such a situation, it is not surprising that retail stocks have experienced steep declines. Moreover, the damage that is being caused during this lockdown might also lead to long-term damage to retail stocks. In this situation, it could be worthwhile for investors to keep an eye on some of the retail stocks in the market. 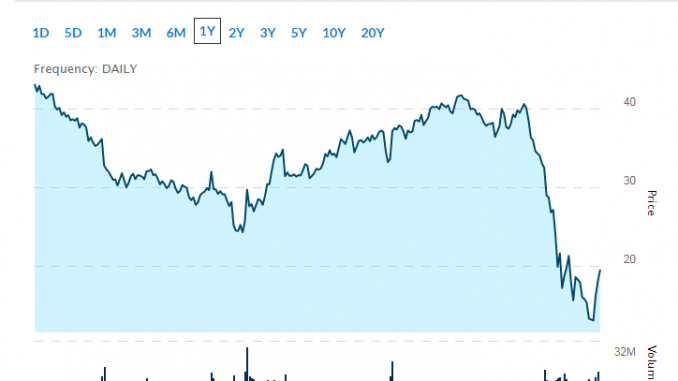 One retail stock that has been in trouble over the past weeks is Nordstrom. The family-owned company, which has been in business since 1901, has suffered during this crisis, and it remains to be seen how it will tackle the problem. Nordstrom has not only suspended its dividend payout, but members of its board have also foregone their compensation. Additionally, Nordstrom management is going to take salary cuts.

The problem for Nordstrom is the fact that the company was in the process of changing its model from big upscale stores to more niche stores, and the crisis came during that transition.

Some workers were furloughed earlier this week, and the number of such workers is expected to rise in the coming weeks. The company is expected to survive, but the long-term effects could be significant.

JWN stock is trading at $19.39, gaining 8% in the morning session on Wednesday. The stock has recovered almost 55% from its recent low of $12.27. However, shares of Nordstrom are still down by 55% from its February peak price of $41. 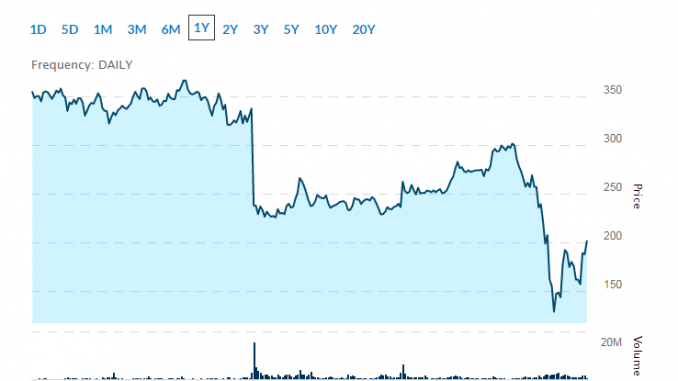 The situation with Ulta Beauty is an interesting one. The company anticipated the looming crisis and shut down all its stores. However, it raised the pay of its distribution workers by $2 an hour so that the company can take care of its online orders.

Ulta Beauty had proven to be one of the better growth retail stocks in recent times, having invested heavily in order to grow its business. It branched out into new locations, and its revenue and same-store sales soared accordingly. 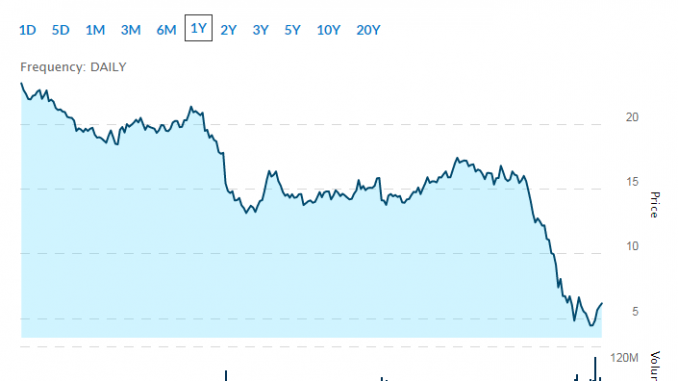 Macy’s is a legendary retail company, but it has been struggling for quite some time. Like Nordstrom, Macy’s had also announced a plan to turn its business around after its holiday season performance proved to be disappointing. However, the coronavirus crisis has hit the company hard.

On March 17, it shut down all of its stores, and a week later, Macy’s drew on its credit line of $1.5 billion. The company lost its investment-grade credit rating, and in April, M sank below $5, technically turning it into a penny stock. On Tuesday, the company’s Chief Financial Officer, Paula Price, announced that she is going to step down from her position at the end of next month.

TGT stock is in the red today after Target Corporation (NYSE:TGT) reported mixed fourth-quarter earnings, despite seeing solid growth in the e-commerce section of its business.

BABA stock is getting hammered this morning after Alibaba Group Holding Ltd (NYSE:BABA) cautioned of a fall in revenue at its key e-commerce businesses this quarter due to the coronavirus.

For the three months ended …