The coronavirus pandemic has come as an unlikely boost for many video streaming stocks. The crisis has not only wreaked havoc in the stock market, but it has also shaken up multibillion-dollar industries in the blink of an eye. The movie theater industry got a massive jolt when all theaters in the United States were shut down. While theaters were not getting much footfall in the days leading to the shutdown, the situation has now changed dramatically. For instance, some studios may opt to digitally delivery films to viewers, offering films meant to be in theaters right now for rent (such as this year’s adaptation of Jane Austen’s Emma).

Thousands of people are now in isolation and spending their days at home, so renting movies that are meant to be in theaters right now seems like a good call. The digitization of entertainment had already been going strong for some time, but the current lockdown could accelerate the growth of the industry in a big way. If investors want to get in on the act, they could consider tracking some video streaming stocks. Here is a look at three potential winners. 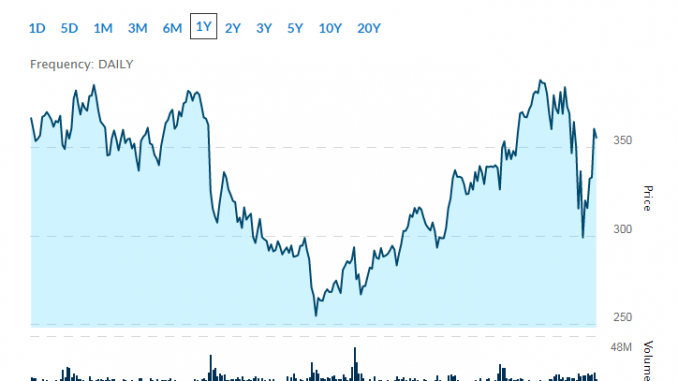 Netflix is the biggest video streaming service in the world, and with the expected spike in viewership, the company is in a uniquely beneficial position at this point in time. Netflix has 61 million subscribers in the United States, and viewing hours are, no doubt, going to rise considerably. However, a spike in viewing hours wouldn’t lead to more revenue for the company; only a rise in subscribers would, and it’s no guarantee that there will be more subscribers to the streaming service during the lockdown time, what with many people concerned about their future finances.

The market still seems optimistic for NFLX, though. NFLX stock soared by 9% on Monday and another 3% this morning after William Power of Baird upgraded NFLX from neutral to outperform. Power stated that the company could be a key beneficiary of the current crisis and continue to take market shares from television services.

>> 3 Dividend Stocks to Watch During the Current Crisis 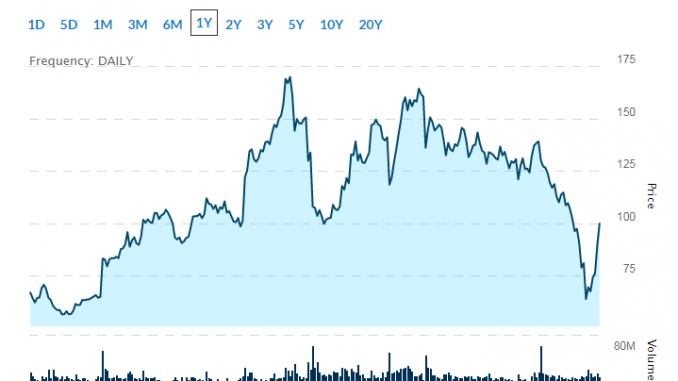 Another company that may benefit from the rising streaming hours is Roku. The company, which sells video streaming devices and has its own video streaming platform, makes money from advertising. So, unlike with Netflix, longer hours on Roku’s streaming services could be a massive boost for the company. In 2019, customers spent 40 billion hours on Roku, which reflects a rise of 68% year-on-year—imagine how much more those hours could climb during the lockdown period.

Thousands of people are now staying at home due to the lockdown, and the hours spent on streaming services like Roku’s are almost certain to rise in the coming days. At this point in time, ROKU stock has tanked 45% from its highest levels in 52 weeks, but with more and more people bored at home with nothing to do but watch streaming services, Roku could prove to be one of the video streaming stocks investors may want to keep an eye on. 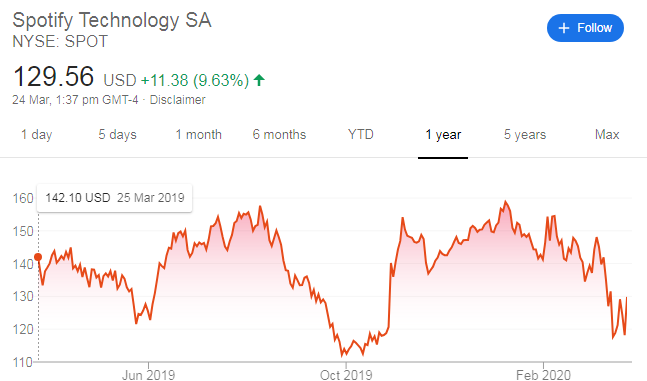 Now, this isn’t strictly a video streaming stock, but Spotify is one company that stands to clock a lot of audio hours in these times. In addition to music, the company also streams original podcasts. The acquisition of The Ringer in February was another example of how Spotify is aiming to become a one-stop-shop for podcasts. The company generates its revenue in two ways. One is a free membership that is supported by advertising, while the other is a premium membership that comes with a subscription fee.

56% of its monthly average users are in the ad-supported medium, which generates the majority of its revenue. The longer these users spend on the platform, the more the company will generate revenue. The shutdown across the world could help the company to both acquire new users and generate higher advertising revenue as people spend more and more hours listening to music and podcasts on the Spotify platform.

– Major milestone supports the potential for expanding global adoption of …

Oakville, Ontario–(Newsfile Corp. – March 26, 2020) – Cardiol Therapeutics Inc. (TSX:CRDL)(OTCQX:CRTPF) (“Cardiol” or the “Company“), a leader in the production of pharmaceutical cannabidiol (CBD) and the development of innovative cannabidiol medicines for heart disease, …

Drone Delivery Canada Corp. (TSXV:FLT)(OTC:TAKOF)(Frankfurt: ABB)(the “Company” or “DDC”) is reaching out to the healthcare industry, including – hospitals, seniors’ homes, medical labs and related organizations for use case applications for drone delivery related to …

Indian esports organization Skyesports announced the launch of the Skyesports Premier League (SPL) in association with Good Gamer Corp., an online engagement marketing firm and developer of the GoodGamer app.

The Streaming Wars Could Create Value for These 2 Entertainment Stocks

Everyone knows by now that Netflix, Disney, Apple, and a handful of other giants are suiting up for the streaming wars. This spring alone will see the launch of Comcast/NBCUniversal’s Peacock and AT&T/WarnerMedia’s HBO Max. …

DIS Stock Drops After Failing to Raise Guidance for Disney+

DIS stock is in the red today after Disney (NYSE:DIS) posted its Q1 earnings report, which, despite beating its mark, did not update its guidance for Disney+ subscriber growth.

For the first quarter, …

3 Restaurant Stocks to Watch After the Coronavirus Sell-Off

The coronavirus pandemic has resulted in major disruptions for a range of industries, and one of the worst-hit is the restaurant business. Restaurant stocks had recorded steep declines after most of the establishments were shut …

The coronavirus pandemic has resulted in lockdowns across several parts of the United States, which has led to bullishness for food delivery stocks. Due to the pandemic, hundreds of thousands of people are now self-isolating …

5 Top Stock Trading Apps You Should Try in 2020

Mobile users now enjoy a wholesome trading experience using mobile stock trading apps. There has been a massive shift to mobile technologies, such that half of the 19 million software developers scattered across the world …

3 Dividend Stocks to Watch During the Current Crisis

Over the years, dividend stocks have proven to be highly beneficial for investors and could be high in demand during this coronavirus crisis. The coronavirus pandemic has proven to be one of the biggest healthcare …

3 Cheap Tech Stocks to Buy After the Market Crash

The coronavirus pandemic has proven to be one of the most difficult crises in modern history, and it has had an effect on every aspect of life across the world. The crisis has also hit …

The stock market has been in dire straits for the better part of the week; on Monday, the Dow Jones Industrial Average suffered its biggest fall since 1987. The coronavirus pandemic has sent the markets …