The coronavirus pandemic has resulted in major disruptions for a range of industries, and one of the worst-hit is the restaurant business. Restaurant stocks had recorded steep declines after most of the establishments were shut down in the United States due to the coronavirus panic. Although deliveries are being allowed at this point, it cannot be denied that the pandemic has come as a massive hit to the sector. That being said, many restaurant stocks have managed to stage a turnaround of sorts recently on the back of value buying and have rallied by as much as 80% to 90%.

The recent announcement of the massive financial package from the United States has resulted in a certain surge in the markets over the past couple of days, and that has also affected restaurant stocks positively. However, there is no question that the restaurant sector has been hit quite badly due to the lockdowns, and deliveries alone won’t be able to make up for the shortfall. As the lockdown continues, the situation is expected to get worse for restaurants. Here is a quick look at 3 restaurant stocks that could be tracked by investors during this crisis. 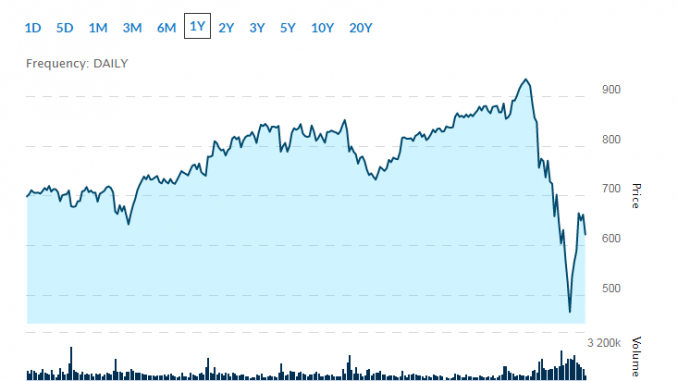 Chipotle has been one of the most popular restaurant stocks in the market for quite some time, but the recent shutdowns affected the stock considerably. On March 18, the stock had hit a new low of $415 per share, but investors should be happy to know that since then, it has rebounded by 60%.

However, there are compelling reasons why this slump could be an opportunity to buy Chipotle stock. First, the company is well placed to take advantage of the current situation. It has already built up its digital ordering channels considerably; in 2018, those orders grew by 90%. In Q4 2019, 20% of all orders were placed digitally, and this will likely only grow during this period of lockdown.

The company has also managed to grow its average unit volume (sales per location) (AUV), an important metric in the restaurant chain industry, at a fast clip. In 2019, its AUV soared to $2.2 million per store, which is among the best in the industry.

Last but not least, Chipotle is expected to grow strongly in the long-term, which could be enough motivation for investors who might want to get into CMG stock now. 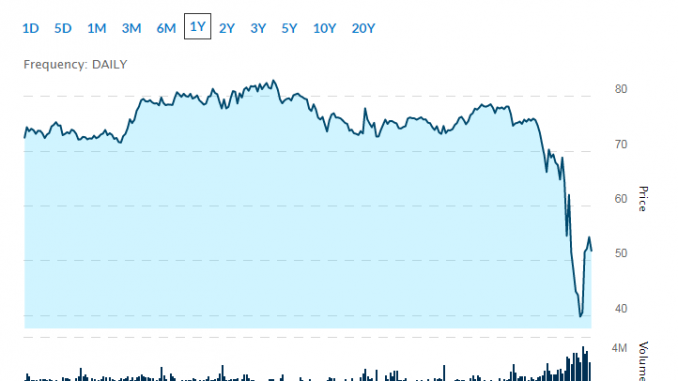 Dunkin Brands Group has emerged as another interesting restaurant stock at this time. The company is best known for Dunkin’ Donuts and Baskin Robbins ice cream. There is no doubt that store traffic is going to be affected by the recent events, something the stock price is definitely reflecting. Since hitting a low of $38 a share on March 18, DNKN has rallied by 40% since. To understand the appeal of Dunkin Brands Group, it is important to understand its business model. Dunkin uses a franchise model, meaning it doesn’t actually own any of the stores.

Instead, it makes money via rental income, franchise fees, advertising fees, and license fees. At this point in time, dine-in has been banned at the stores, and only delivery is being allowed. It goes without saying that this will hurt revenues generated by the franchisees in the short-term.

However, in the long-term, Dunkin is expected to bounce back. Investors should also note that DNKN stock also offers a healthy dividend and has a yield of 4% at this point. Last year, Dunkin had a free cash flow of $291 million and paid out dividends of $124 million. 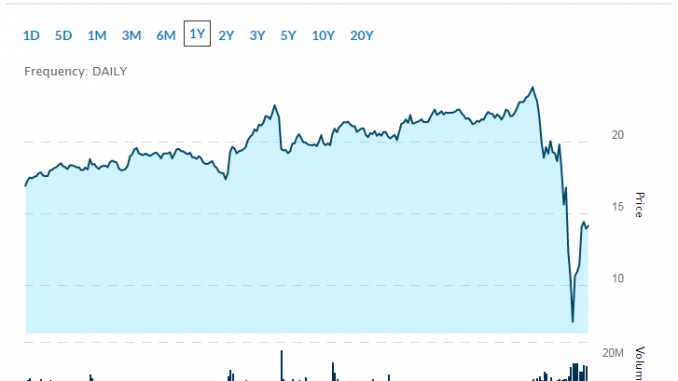 Wendy’s stock hit a fresh low of $7 a share last week, but since then, it has managed to go up by almost 100%. That being said, the stock is still down by around 40% from its highs. The restaurant chain has been quite badly hit by the coronavirus pandemic and the resulting shutdowns. In the week that ended on March 22, the same-store sales for the restaurant chain dropped by as much as 22%. That prompted the company to withdraw its projections for 2020, along with long-term projections starting from 2020 to 2024.

The company had previously projected revenue of between $12 billion to $12.5 billion in 2020 and earnings between 60 cents to 62 cents a share. In 2019, digital orders went up from 2.5% to 4.3%, so Wendy’s is no doubt hoping that those numbers, at least, will improve more during the lockdown period. Wendy’s is supporting its franchisees by deferring the payments that it is owed. Currently, 46 locations in the United States and 189 international locations have been shut down by the company.

What to Expect Now?

The restaurant business is highly competitive, and some restaurants might find it difficult to negotiate the current situation. Investors willing to invest in restaurant stocks should first go through the company’s financials minutely and check if the balance sheet is strong enough.

CMG Stock Hovers Around New Highs Ahead of Q3 Earnings

Investors are quite impressed with the progress Chipotle Mexican Grill, Inc (NYSE:CMG) has been making lately. CMG stock has moved up by almost 90% year-to-date. However, this growth story may be subjected to a test …

DPZ stock is up 4% today despite Domino’s Pizza (NYSE:DPZ) cutting its guidance following the release of its third-quarter earnings report.