The capital markets have been in turmoil for some weeks now, and like many other sectors, top bank stocks have also suffered during the sell-off. Since hitting highs in the middle of February, some of the top bank stocks have recorded significant declines due to the economic uncertainty brought about by the coronavirus pandemic.

Due to the pandemic, millions have been rendered unemployed in the United States, and mortgage deferments have also started to surface. Growth projections have also nosedived considerably for the year.

However, analysts believe that the banking sector has the wherewithal to tackle the current situation, and eventually, the top bank stocks are going to get back to their pre-crisis levels. In such a situation, it is likely that the biggest banks in the industry are going to emerge stronger, so it could be a good idea for investors to take a closer look at the top bank stocks. Here is a look at three of those. 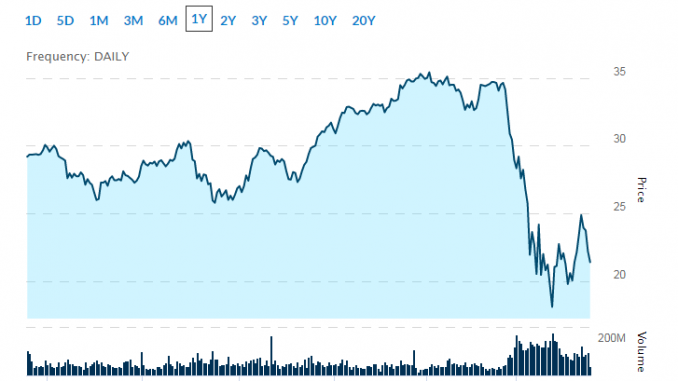 There are hardly any bigger names in retail banking than Bank of America. On Wednesday, the company announced disappointing first-quarter results. The bank announced that its profits for the first quarter came in at $4.01 billion, which reflects a year-on-year drop of 45%.

The earnings per share stood at 40 cents, which was lower than analysts’ estimates of 46 cents. However, that is not all. The bank also announced that it has decided to set aside $3.6 billion as a buffer against loan losses brought about by the coronavirus pandemic. The revenue for the first quarter was $22.1 billion, which was in line with expectations. Trading revenue surpassed expectations by half a billion dollars.

After the announcement, Bank of America shares fell by 6.5%. Wealth management profits nosedived by 17% to hit $866 million. That being said, it should be noted that Bank of America is one of the biggest banks in the world, and it has several lines of businesses.

Even though the stock price declined in March due to the sell-off, the bank hired 2,000 new employees. Investors could do well to keep an eye on this stock. 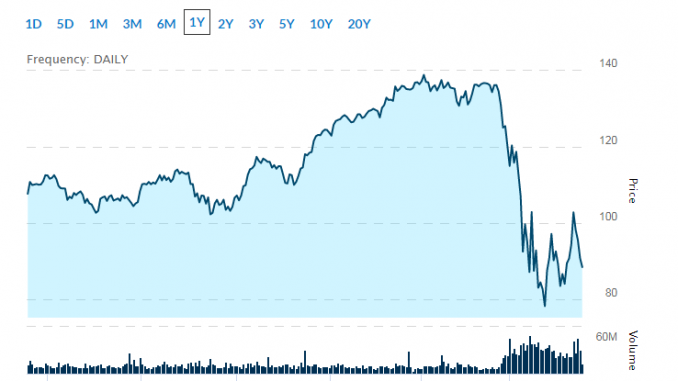 One of the top bank stocks in focus is banking giant JPMorgan Chase. Earlier this week, the bank released its financial results for the first quarter, which weren’t the most inspiring. A steep decline in profits triggered a massive sell-off in the stock at the time. Profits declined by 69% due to the troubles brought on by the coronavirus pandemic, recording the lowest profit figure since 2013. In addition to that, JPMorgan announced that it has kept aside $8.29 billion as a provision against loans going bad, which reflects the extent of the damage done by the coronavirus crisis.

However, there was one significant bright spot in the company’s first-quarter results. Trading revenue surged to a record of $7.23 billion, which helped push JPMorgan stock up 2.7%. The Chief Executive Officer of JPMorgan, Jamie Dimon, stated that the bank has the resources to emerge stronger from this crisis. The bank has been a stellar performer over the previous decade, and it seems likely it will bounce back once this crisis is finally over. 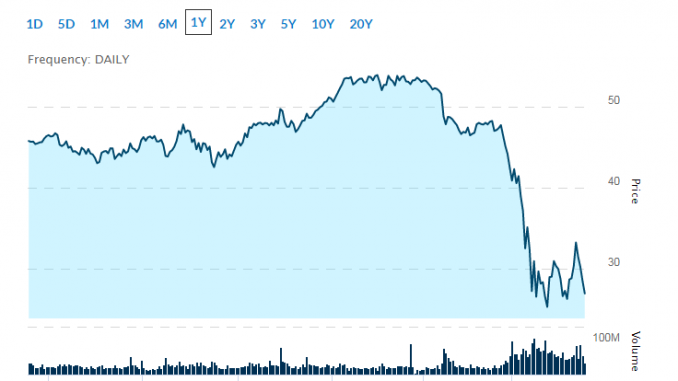 Another bank that reported its fiscal first-quarter results this week was Wells Fargo, and predictably, the first quarter profit painted a sorry picture. The bank’s profits from the quarter crashed to $42 million from $5.51 billion in the year-ago period, a direct impact of the coronavirus pandemic. The bank had to build a reserve of $3.1 billion in order to guard against the expected loan defaults that are going to take place in these difficult times.

There was also an impairment charge of $950 million brought about by economic and market conditions. The profits worked out to 1 cent per share, but analysts had expected profits of 33 cents a share. Revenue fell by 7.7% to $17.7 billion.

While these are worrying signs, it needs to be pointed out that since the bank has so many residential mortgages in its books, it has a major refinancing opportunity. On top of that, the fundamentals are strong, a major factor that could suggest Wells Fargo may bounce back stronger in the near-term.

Despite the record $2 trillion stimulus from the government, banks are currently bracing for defaults from their customers during this unprecedented crisis. In addition to that, America could be heading for a major recession. However, top banks are well prepared for that eventuality and have also made provisions to tide over the crisis.

WFC Stock Drops After Being Downgraded By Analysts

WFC stock is in the red today after Wells Fargo (NYSE:WFC) was downgraded to “underperform” by analysts who cite a lingering “stigma” around the banking giant after an accounts scandal in 2016.

As we reported last week, FNMA and FMCC stock sunk around 8% …

The Trump administration revealed yesterday plans to reform Fannie Mae (OTCQB:FNMA) and Freddie Mac (OTCQB:FMCC), which has sunk both FMCC and FNMA stock.

Investors have been eagerly awaiting the unveiling of Trump’s plans …