The past few weeks have been singularly tough for some of the top oil stocks on the market. The onset of the coronavirus pandemic has come as a massive blow to some of the biggest oil companies in the world. The lockdowns imposed in several parts of the world have resulted in a major dip in demand for oil-based products. The declines recorded by the top oil stocks in the market have not come as a surprise. However, it is also important to keep in mind that the price of oil has not been beaten down only because of the coronavirus crisis.

The supply of oil has also become an issue for many companies. The fallout between OPEC and Russia resulted in a crash in the price of oil. Although OPEC agreed to cut down on production, it might not have the desired effect on the industry at large. Many of the top oil stocks have found it hard to recover. However, even amidst the doom and gloom, there are some top oil stocks that could be considered by investors. Here is a quick look at three of those. 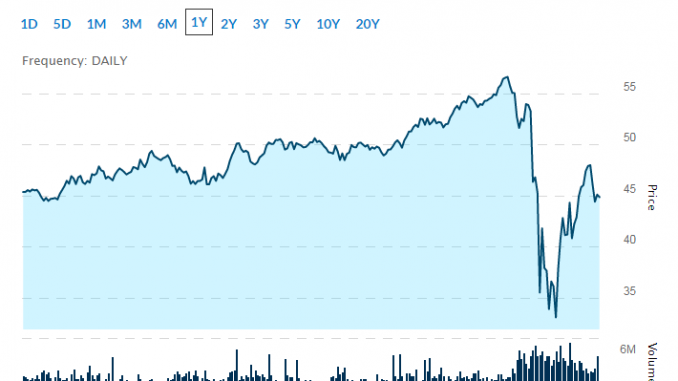 One of the top oil stocks that ought to be on the radars of most investors is TC Energy. The company has been in business for more than six decades and is involved in the storage and transportation of crude oil, natural gas, and liquids. It is also involved in power generation. The company has regulated gas pipelines in Canada, the United States, and Mexico.

Most importantly, the company has several long-term contracts in place, so, despite the current turmoil, this helps to make TC Energy’s earnings quite stable. The other major competitive advantage that the company enjoys is its pipeline footprints in the key regions of the Western Canada Sedimentary Basin and the Appalachian Basin. This connects the pipelines easily to the main demand centers. That being said, the company is also exposed to risks due to the drop in oil prices. If an oil producer goes into bankruptcy, it will definitely have an effect on TC Energy.

In addition to that, the company might have to cut prices in light of rising competition among pipeline operating companies. That being said, the company’s diversity of operations and lower-risk profile makes it a decent bet among top oil stocks. 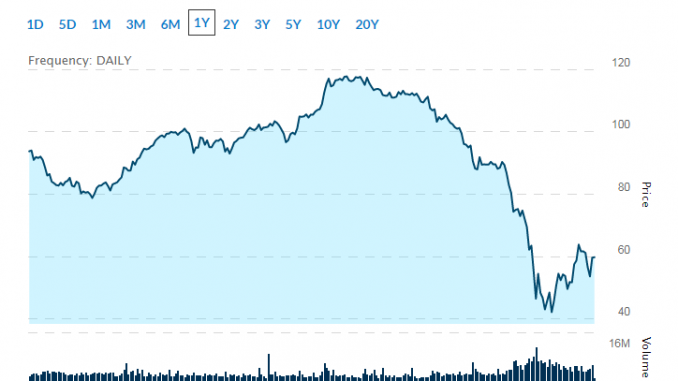 Another part of the oil industry that has suffered in light of the recent problems is the refinery industry. Phillips 66 is one of the more established players in that particular industry, and it has taken steps to protect its interests. In light of muted demand and lower commodity prices, Phillips 66 has decided to cut its capital expenditure in 2020 by $700 million.

In addition to that, the company has also suspended share buybacks and decided to agree to a loan facility worth $1 billion. These are some of the steps that could help Phillips 66 continue to pay out dividends. The demand for gasoline may have dropped by 20% to 30%, but the demand for diesel remains unaffected so far; in preparation, Phillips 66 has reduced its utilization by around 80%.

Due to a fall in demand for jet fuel, the company now produces only 225,000 barrels of jet fuel a day, compared to 1 million barrels a day in the past. It should also be noted that its MLP subsidiary, Phillip 66 Partners, contributes 60% of its midstream revenue, which is protected under minimum order commitments. The petrochemicals business has not seen any significant dip yet. Overall, Phillips 66 is one of the top stocks in the market at the moment, and investors could do well to keep an eye on it. 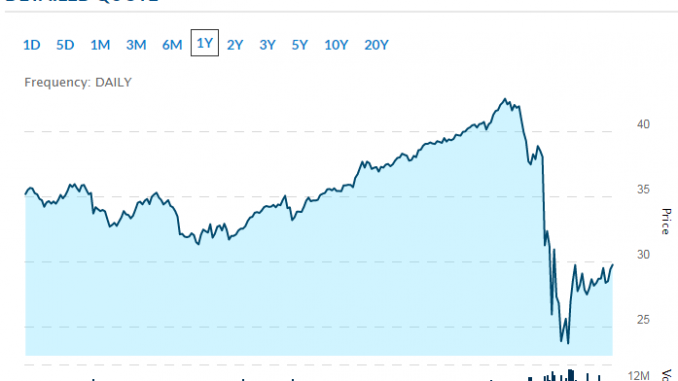 Canadian company Enbridge is one of the major pipeline companies in the industry. It has an extensive network of pipelines in North America for transporting crude oil. The rest of the company’s income comes from transporting natural gas.

Enbridge has also established a small-sized renewable energy operation, which could prove to be one of the company’s most important businesses in the long-term.

Investors might be worried about the fact that Enbridge has a lot of exposure to the vagaries of the North American oil market, meaning it will have less to transport during this period. However, it must be noted that Enbridge has signed long-term take or pay contracts. That guarantees payment for pipeline capacity, irrespective of it being used by the clients. 98% of the company’s total cash flows are generated through these contracts.

Enbridge is one of the top oil stocks and currently has a dividend yield of 7.7%.

MDR stock has sunk to an all-time low today amidst …

CNQ stock is one of the biggest gainers on Wednesday …

XOM stock is trading down on Friday following the conclusion …

Lately, we’ve been profiling industry-specific stocks like gold and tech. …

The current coronavirus pandemic seems like a never-ending nightmare now, …

It is often said that one of the best ways …

Over the past half a decade or so, artificial intelligence …

The coronavirus pandemic may have come as a major shock …